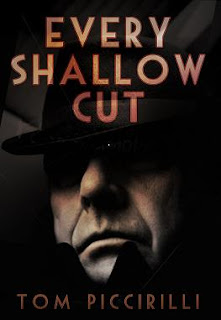 First blurb has come in on my next novel, due out in late '10.

"A modern noir master, Tom Piccirilli's usual propulsive prose and relentless storytelling are on display in THE LAST KIND WORDS, but it's his sense of relationships and the haunting power of family that lifts his writing beyond others in the genre. A swift-moving and hard-hitting novel, THE LAST KIND WORDS reads as if it's being whispered to you in a dimly lit bar where violent men, tough women, and powerful ghosts flicker in the mirrors."

Michael Koryta
Edgar-nominated author of SO COLD THE RIVER

A big shout-out of thanks to Mike for taking the time to read the galleys. If you haven't read Mike, do so asap, there's a well-deserved growing buzz about this masterful author.

"By now I'm convinced that Tom Piccirilli is genetically incapable of delivering a tale that's anything less than immaculately conceived and beautifully rendered. The Last Deep Breath is the latest evidence, a tough yet tender noir that cuts to the heart of what sibling bonds are all about. It ricochets around like a bullet in a cinderblock room - you can never be sure where it's going to go, but you know it's probably going to hurt before it's done."--Brian Hodge, author of Wild Horses, Mad Dogs.
"The Last Deep Breath is an absolute gem of a crime novel, with prose so dead-on and moving, you'll be laughing and gasping, often in the same sentence. Tom Piccirilli is already one of the big guns in crime fiction, and proves here that he may be the heir to Elmore Leonard."--Jason Starr, author of Panic Attack, The Chill.
180 signed soft covers - $14
26 lettered hardbacks - $80
Reserve your copy now! Order direct from Tasmaniac (bugme@tasmaniacpublications.com) and you'll receive free shipping within the US and AUS. Also available from Horror Mall (US) and Jeff'N'Joys (UK).
Posted by Tom Piccirilli at 8:27 PM 4 comments: