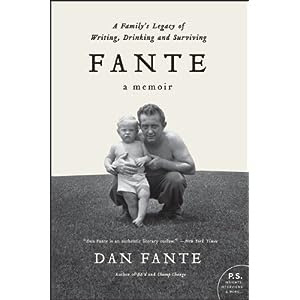 Dan Fante grew up in the shadow of his father, John, a damaged, raging writer of great literary talent who always believed he’d sold out his genius for the easy Hollywood screenwriting check. Much like his father, Dan grew up a victim of his own chaotic emotions, driven to succeed and doomed to sabotage his accomplishments with drugs, alcohol, violence, and his own intense, unstoppable self-loathing.

In his new memoir FANTE, Dan explores his relationship with his father and examines how familial resentment and envy drove him from his hometown of Los Angeles to the mean streets of New York. He takes the reader on a harrowing, sorrowful, and detailed tour of hell, exposing the seedy and seductive side of quick cash, perverse sex, and numbing booze. His battle with drugs and alcohol brought him to the edge of suicide and madness many times over, but he always managed to make it through the storm of frenzy. Among dozens of dead-end jobs Dan also became a carny, a runner for the mob, a private eye, the owner of a booming limo company, manager of a musician, and eventually, with the help of his father’s own typewriter, a novelist.

In a fascinating and poignant fashion FANTE offers up touching lessons in passion, pain, forgiveness, acceptance, survival, and redemption. It makes for captivating and gut-wrenching reading, the kind of savagely explicit and candid prose we just don’t see enough of anymore.

Just as importantly it should reinvigorate the name of Fante so that readers will immediately seek out John Fante’s wonderful books ASK THE DUST, BROTHERHOOD OF THE GRAPE, and DREAMS FROM BUNKER HILL as well as Dan’s powerful novels CHUMP CHANGE, MOOCH, 86'D, and SPITTING OFF TALL BUILDINGS. Go now and read FANTE: A MEMOIR, and then grab everything else you can by these two wild giants of the dark heart and back alleys. 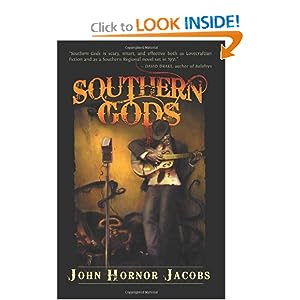 If you dig crime/horror/dark fantasy/southern gothic crossover (and who doesn’t?) written with a confident voice and a haunting, poignant edge, pick up John Hornor Jacobs’s debut novel SOUTHERN GODS. I recommend it wholeheartedly and look forward to whatever else Jacobs presents to us next.
Posted by Tom Piccirilli at 9:11 PM 7 comments: