Update: Where ya been, Pic? 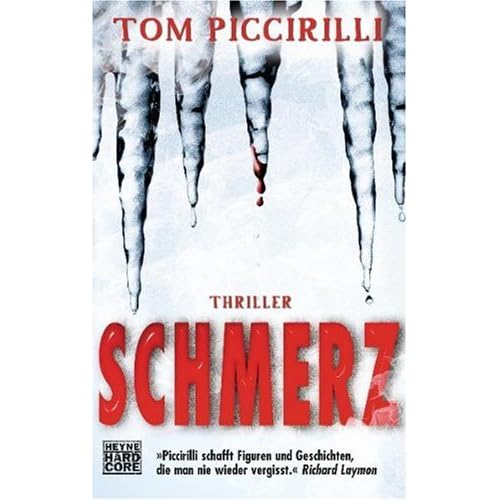 Since you asked, I'll tell ya:

Been busy as hell, kids. Sorry it's been so long since I've done a blog, but the work's been rougher than usual lately. Finished two major projects, including revisions on my next novel, tentatively titled THE UNDERNEATH (but that might change to THE LAST KIND WORDS or who the hell knows, maybe something else. Which do you like better?) Knocked out three short stories for various anthologies, and I'm currently in the midst of a noirish ghost story, or maybe it's a supernatural noir, I'm not certain.

You can check out the brief article about me now up at the International Thriller Writers zine THE BIG THRILL.

New review of SHADOW SEASON over at Horror World.

Another new interview can be found on Ed Gorman's blog.

The German edition of THE MIDNIGHT ROAD retitled SMERZ (PAIN) is out now and can be ordered via the German Amazon.

Also, over on THE BIG ADIOS you can find new interviews with the likes of:

Russell Atwood, author of EAST OF A and LOSERS LIVE LONGER.

Joe Schreiber, horror author of CHASING THE DEAD, EAT THE DARK, and NO DOORS, NO WINDOWS. His latest is a real chiller.

And PUNISHER #75 should be out in the next week or two. Nab a copy and let me know what you think of my first comic book story. Unless you hate it, then you don't need to share.

Didn't you do a very short vampire comic story once? I swear I remember something like that . . . I have it around here somewhere. Vampire Bites #3?

Yeah, I did a couple of Vamperotica and Vamp spinoffs. But Punisher is my first REAL comic!

I absolutely know what you mean!